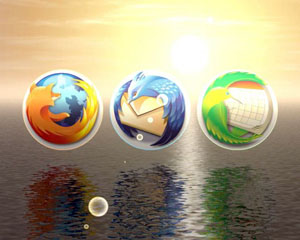 Open source development consists of several phases. Phases are framed using meta- modelling and meta- process modelling techniques. Open software is developed by either starting a new project or by adopting an existing project. There are several types of open source software. Garden variety of software programs and libraries and distributions are two most common types of open source software. Firefox Web browser falls in the first category.

These are standalone codes and may depend on other open source projects. On the other hand, Distributions are collections of software that are developed for the same purpose from a constant source. An example of a distribution is the operating system. A large number of software for Linux operating system are developed this way. Mozilla provides developer tools, which makes it easy for the users to modify the Mozilla products; however they want it to be. Mozilla also provides with Bugzilla and Firebug to assist developers. Studies reveal that open source software models have helped customers save a huge amount of money every year.